We love storytelling, we want  to bring dreams to life in books.

MAREN JAECKEL was born in the city of Spremberg in Germany. She learned the trade as a retail clerk. After the German reunification she did further training as a tax assistant and studied business administration. Maren has three grown children. She started writing when she was a child. In 2016, Maren was inspired by her daughter, who lived temporarily in New York and Los Angeles. Maren traveled alone with her suitcase to New York, where she met the illustrator Rolo Ledesma. A great friendship developed. Enthusiastic about the city and new friends who couldn't be more different, the idea grew to record their trip together with Rolo in a children's book. The idea became "Mimi's friends", with the book hero's Mimi and Comic Cat. In addition to writing children's books and poems, Maren likes to draw and loves versatile creativity. 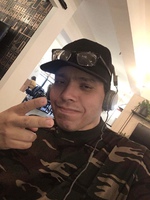 He has illustrated numerous comic book titles for Terminal Press among other indie book companies , and was nominated for the Russ Manning Most Promising Newcomer Award in the comic industry at the 2007 Will Eisner' awards. 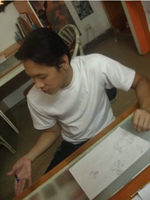 Edwin is a colorist and lives in Bulacan, Philippines.

Edwin worked with Rolo Ledesma on many projects and was immediately enthusiastic about our "Mimi" children's book project.

Edwin has been part of our team ever since. Now Mimi's creative team is complete.